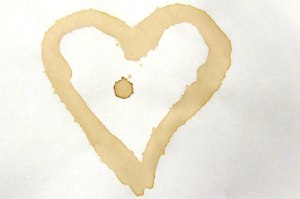 I first started watching pornography when I was about 14. My parents were often out late in the evening at church functions so came home early in the morning. I knew about sex from school and friends but had never really seen it before except briefly in movies. Films back then weren’t as graphic as they are now, so the sex scenes I’d watched before then didn’t depict that much nudity. It started out as curiosity but soon developed into an obsession. Although we had Sky I couldn’t watch anything that required payment, which most pornographic material does, in case my parents found out when they got the bill. I was limited to what I could watch online, firstly because I shared a desktop with my siblings, and also because I didn’t want to accidentally download a virus and have to start answering questions as to its origin. I think the obsession developed because I always had a problem talking to boys, not just romantically but on a friendship level. I would get shy and self-conscious and the women in these movies seemed so confident. On some level I knew it was fake. I would tell myself that it wasn’t real, that what I was watching wasn’t an accurate depiction of sex, but I still found myself drawn to it. I never told anyone because I felt too ashamed. In other areas of life, I was pretty much the perfect child – straight A’s at school, played keyboard in church and taught at Sunday school, polite, helped out around the house. Perfect pastor’s daughter. This was the one area of my life that was a stain on an otherwise spotless existence, in my eyes anyway. I’d sat through several services at church where pornography was denounced, but I always felt that it was directed towards the men. I’ve read reports that show that a lot of women watch pornographic material for a variety of different reasons, but I don’t think the church addresses this enough. I knew I had a problem, and that the only way to be free of it was to come to God humbly, and just lay it on the cross. I don’t think as a young Christian I fully understood what grace actually means. It took me a long time to completely be free of the addiction. Whilst I knew that I had been forgiven, I didn’t fully commit myself to stop watching it properly. I thought if I stopped watch porn per se that I would be living right. But I deluded myself and found ways to still watch explicit material, usually by intentionally watching a movie or TV series with explicit sex scenes. At my lowest points, I questioned my sexuality. Whilst I have never had romantic feelings towards other women in real life, pornography is manipulative in that most films regardless of if they are aimed at men or women will have a larger amount of female nudity than male nudity. Seeing this on a continuous basis made me question whether or not I was really attracted to women, or just physically reacting to what I was watching. Even though I am now free of this addiction, I still know to guard myself and be careful what I watch. My Dad told me once that what we see and hear affects our spirit man in ways we cannot imagine. You may think “oh it’s just a TV show, oh it’s just a song” but you won’t know the damage it is doing spiritually to you until it’s too late. I’m grateful that I’ve been delivered from this addiction and hope that by being honest about it, I can encourage someone else who is struggling with the same issue. I would say that this addiction thrives with secrecy, as with most addictions. I struggled for a long time because I refused to talk to someone about it. If you have a mentor at church or a close God-fearing friend that you trust, tell them and get them to pray with you. Once you do that, start being practical and identify the things in your life that will trigger you to want to watch pornography, or become stricter with what you watch/listen to.Words from DAfricanLady

The media today is a key trigger to lust. Not only to sexual lust, but desires for materialistic things, desires to living luxuriously as well as desiring to look like a certain celebrities.

Keep it in mind that media is there to reach out to your heart to deliver a message. It’s not there to reason with you but to disguise a message to you, so that you can welcome it and let your guard down.

So music… another powerful tool to trigger lust.

I just recently came across a post called “Still Empty Words” and she beautifully wrote how it is important to take guard to what you listen to (and how to actually SING with meaning worship songs to God)…I could reblog the post but it will kind of drift away from the main theme, I will however quote what I section I am referring to.

Apart from seeing words as a gift, music definitely takes the second position after words. Like, can you imagine a world with no music?

This world would have been so dull. There’s so much life in music. That should not be a surprise as, one of the primary components of music are words.

A word out of your mouth may seem of no account, but it can accomplish nearly anything- or destroy it!

Need I reiterate that the above scripture is definitely the truth. We should definitely take the words we speak and muse over, very seriously.

Talking about musing, do you muse over the lyrics of songs? Just before you answer in the comment section,*hint* I will answer. I can muse over things all day if I had my way. I do not joke with the lyrics of music. Once, I get the tug in my heart and understanding of a song and it does not go well with my spirit, I do away with such musics.

I remember the day I properly listened to John Legend’s All of Me, the first thing I said to my friend was; ‘this will make such a beautiful worship song’. And that thought has not changed till this day, the lyrics of that song is just amazing.

So, I am not here to tell you what you should listen to and not listen to. As expected, as you grow in the Lord, things that grieve the Lord will not be something that you will delight in. The Holy Spirit specialises in communicating such to us.

Sometimes satan likes to give the illusion that you’re missing out on something good, you have to make yourself aware when he does this and constantly respond with scriptures, remind satan that God has something better for me if I just remain faithful. It’s super hard, it’s a fight that’s why he says “flee sexual immorality and pursue righteousness” do whatever is necessary to protect your heart and purity, if its music that triggers, stop listening to that song, stay away from social media if that’s your weakness, fast and pray if you need to, keep yourself accountable, switch up your lifestyle, pursue God and you’ll see your desires change for the better when you want better for yourself.

Other posts included in this series:

Write your own testimony in here.

4 thoughts on “Lust ≠ Love Series: The Stain On My “Perfect Life” – Anonymous”