Whao! Thank God it’s Friday. Hope it has been a productive week for you. Treat yourself, have a cuppa, a chocolate bar or even supermalt. As you do so, I pray this post ministers to you.

So we have two posts in one today:

It all started one fateful night, a night I was home alone. Boredom kicked in, so I indulged myself in watching a bit of TV. Screening through the channels I came across this particular show! This show certainly wasn’t right for anyone to be watching but as an ordinary curious 13 year old I tuned in without hesitation. As soon as I started watching, I became dangerously hooked! I found myself doing something I could not mention to anyone! It was my little secret. A secret I was too ashamed to share! As years passed by I started using masturbation as my means of escape! Each time I was feeling low I would use it as a distraction! I remained comfortable with what I was doing because I kept justifying my behaviour with the fact I was keeping myself for marriage. I convinced myself there was nothing wrong with what I was doing not knowing I was destroying the temple of GOD which was my body.

It was when I started attending a certain church called *VPA: Victorious Pentecostal Assembly* that the convictions began!
This church was different from any other church I’ve attended in the past this was mainly because the pastor’s focus was preaching on Holiness and Righteousness. At first I convinced myself that the preaching didn’t apply to me since I’ve always been against sex before marriage.
But something changed! Each time I took part in that secret habit of mine, I would feel so guilty and dirty! This really confused me as I’ve never felt that way before. The more I did what I did the more I would have the aftereffect of shame. I just couldn’t take it anymore I literally had to seek GOD to know if masturbation was a sin.

To confirm my convictions, I was at church for night vigil and all of a sudden my pastor said “there is a lady here you have promised to keep yourself for marriage however you find yourself doing a certain act with yourself and you don’t know how to stop it!” You should have seen my face! I was so shocked because I knew he was talking about me! And I knew GOD wanted me to know that it was a sin! As I sat there in shock the Pastor also said “whoever the lady is GOD wants you to come out so I can anoint you, GOD wants to set you free”. I remained frozen in my seat, I couldn’t move an inch! I couldn’t expose myself in front of the whole church I was too ashamed. So instead of coming out, I said to GOD in my mind that I promise not to go back to masturbation again! Little did I know that I would break that promise again and again! I was so clueless to how deep I was into that sin. I felt so trapped because each time I planned to come out I would go back again only to be greeted with the residue of shame!

This went on for years causing my relationship with GOD to deteriorate. From the outside I appeared happy but on the inside I was broken and miserable.

Thank you for sparing the time to read my testimony and GOD Bless you. 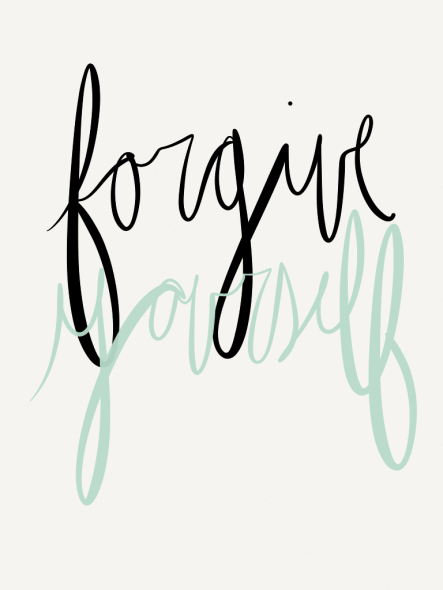 When you have turned from sin in repentance and have asked for forgiveness from Jesus in faith, know that you are forgiven. You are forgiven – full stop! No questions asked. No attempted FAQ session. God has forgiven you. Let nobody tell you anything else.

Now after sin has been committed there is a strong sense of guilt within, possibly almost hatred within oneself. Don’t let this be the case for you. For to receive forgiveness in full, you should also forgive yourself, that way you have proven to yourself that the devil is liar and that you have officially accepted God’s forgiveness.

Okay, so this just hit in the brain…

You sin, you make that crucial decision to turn away, you repent and ask Jesus for forgiveness. Jesus forgives you. You know that, but whether YOU KNOW that in your heart or head, that is the question. Let’s say you are still feeling guilty for the sin you committed after asking for forgiveness, is not this sin on your mind?… Are you not dwelling on that sin? … Are you not still thinking about that sin?

Lets pray to God for the the strength to forgive ourselves and to unblock our ears from the lies of the enemy.

Other posts included in this series:

One thought on “Lust ≠ Love Series: TRAPPED IN SIN BY CURIOSITY – Ife | Forgive Yourself!”